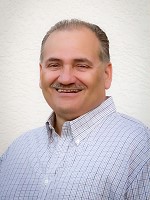 Jon & Stephanie Iannotti have been business leaders since 2000. With over 30 years combined experience in Real Estate Investing/Teaching, and Mentoring and over 1900 creative deals under their belts, they are considered one of the best in the industry. They have also come up with some amazing ways to structure deals that are cutting edge. They have done many deals with their student partners using these state of the art techniques which are now being taught across the country and internationally.

A little history. Back in 2007-2008, not only did the Real Estate market change, but so did our entire economy.  With the near total melt down of our economy, Real Estate took a huge hit. The Banking/Lending industry all but shut down making mortgage loans.

This made it very difficult for us to do business.  Up to this point we were doing just about every creative technique out there for they were all working.  We were doing Subject To, Lease/Options, Private Money, Rehabbing, REO’s, Wholesaling, Wholetaling, Commercial, Building Spec Homes, etc.

Lending was way too loose, but that was what was making it easy to sell properties.  In fact, it was so easy, some even crossed the line and put home owners into homes that they knew they could never afford, but were able to obtain these easy to get loans.  We of course could not do that.  Read More >>

The Complete Agreeable Terms System
By Jon Iannotti on April 3, 2015 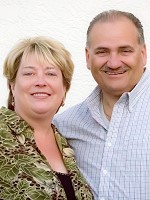 My wife Stephanie and I have been doing Creative Real Estate Deals for over 30 years. In fact we have done close to 2,000 of them with none of our own money or credit.

We have mentored hundreds of students across the country and Canada. We love to teach what we do to others and our reward is watching them succeed.

Well, back in 2007 the market started turning down and we all know about the Greatest Recession of all times that followed. We quickly found that a lot of the techniques we were using suddenly were not working anymore. So we created a technique that we actually had used since we started investing and named it ACT, or Agreeable Contract Terms.

With ACT, we were able to get sellers to give us terms or pricing that was agreeable to us right up front. This worked for about 2 ½ years. Then in 2012, the market started changing again. It became more of a retail market. Have you talked to a seller lately? I bet they want ‘CASH, Full Retail, or More than Retail’ for their home, right? Well, we are seeing this across the country. Read More >>