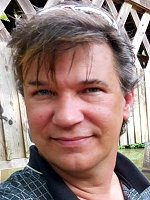 Alan was born in the Philadelphia suburbs of New Jersey in the early 1970’s, grew up near Charleston SC, and to attend college at The Art Institute of Atlanta, moved to the Atlanta area in 1995. Alan’s interest in entrepreneurship, audio and video production, and real estate investing began early in his teenage years. Alan created his own small business with Carolina Business Promotions in South Carolina in 1991 distributing advertisements to homes and businesses in select markets. His desire to find a more centralized location to operate his business, started his interests and knowledge in real estate.

Once out of college, Alan worked for 2 years at a local recording studio recording demos for upcoming artists and several radio commercials. Alan became involved in Atlanta’s investor community in 2002. Some of his adventures have led him to be a troubleshooter for Metro Management and Investments, a marketing coordinator for a local Domino’s Pizza franchise, and an event planner, DJ, performer and talent for Avalanche Entertainment, Marquee Events, and Wild Card Casino Parties. He currently resides in Coal Mountain, Geogia, in a house built by and lived in by Junior Samples, cast member of the hit TV show, Hee Haw. Alan is a live-in landlord with this property and is enjoying a positive cashflow.

Alan is currently building an AirBnB empire. Other major professional interests of Alan's is purchasing and profiting from notes, mortgages, and options. He also plans to create educational webshows focused on real estate investing and financial literacy.

Alan helps create the promotions and advertisements for Atlanta, Charlotte, Chattanooga, Savannah and Tampa REIA groups. He co-hosts the Chattanooga REIA Main Meetings and also hosts BIG Chattanooga, which is a group for new investors that have yet to do their first transaction. Alan is the the creator and director of several Facebook groups such as BIG and Creative Deal Structuring (CDS). He also serves as Atlanta and Chattanooga REIA’s Director of Audio Video Services.