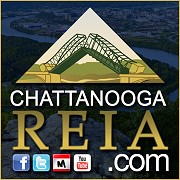 The difference between a successful real estate IRA investor and a not-so-successful one often comes down to due diligence. The investor who understands what goes into valuing a property, to include historic and expected cash flows coming in and out as well as risk – is able to make better decisions than a less skilled investor. If you’ve been blindsided by the unexpected as an investor – or if you believe you could be – here are some tips from experienced professionals to improve your due diligence and help you avoid getting caught unaware by the unexpected ever again.