Posted in The Profit February 2017 by Michael Vazquez

Having met with numerous new investors and/or wholesalers, I am always asked, “How do I get more properties? Where can I find more deals? What kind of marketing do you do to get leads?” The questions continue with the same idea in mind. I understand that you are eager to start and begin marketing in order to get your first deal done, but are you truly ready? In most cases I would say, NO.

Marketing is not cheap and you may be throwing away money if you do not have a good foundation in sales, or better yet problem solving. Over the years, I have made more money solving problems than “selling” a person on selling me their property. In fact, I am rarely the highest bidder. I attribute this to being able to come up with the best solution to the seller’s problems. Most would assume that the property for sale is the problem but many times that is only the start. Usually a person is selling a property to get rid of a headache and/or to realize a profit in order to solve another lingering problem. Problems can be as small as not being able to repair the property to as big as being behind a year or more on mortgage payments. Let me give some examples to demonstrate what it is I am referring to.

I recently purchased a property that was obviously in major disrepair because the owner’s daughter and her family were living in the home. The daughter’s family was not maintaining the home and the owners wanted to sell the home before it was too far gone. I made an offer that was below what others offered but was able to win the contract. How? Well, I first met with the occupant, the daughter’s husband, and discovered that he was selling the home because of his father-in-law’s pressure to sell. This told me that the true decision maker was the father-in-law but I still wanted the son-in-law on my side. The son-in-law was worried about the scenario of moving out and the closing not happening. I explained the selling process in detail, including the option/inspection period. In addition, to ease his worries I made it clear to the son-in-law that he was welcome to move out of the home after closing. In fact, I told him we would give him 3 free days to move out after closing. I explained we would hold back a $2,000 security deposit for a free 3 day lease back and he would not be charged as long as he completely moved out within that time. After the 3rd day he would only be charged the cost of our loan charges per day. I immediately saw the weight lifted off his shoulders and his wall come down. Win-win situation. The father-in-law had a completely different concern. He had just started a new business and wanted everything taken care of so he could focus on his business. In addition, the wife was always traveling and wanted to make sure that was not going to be an issue. I gave him our checklist and procedures page that explained everything we would need from him in order to assure a smooth closing and assured him no matter where the wife was within the U.S. we would be able to close. We had a smooth closing until the title company informed me a bank lien that was already paid off was not released from the bank/lender. As soon as I heard the news, I contacted the owner to let him know what was happening and that this issue might delay the closing. Never delay bad news. Face it head on and do all you can to resolve the issue. At the end we closed and everyone was happy. I made sure I solved the sellers’ and occupants’ problems and concerns and followed through with it, which is most important.

On another acquisition, the seller was behind 18 months on her mortgage payments. I told her we could not buy it out right because there was close to zero equity in the home. I suggested we attempt a short-sale, owner finance or clean it up and list it on MLS.  She had been attempting a loan modification for months and was tired of dealing with the bank so the short-sale was a hard no. The owner finance would work because the down payment from the buyer would more than cover the amount due to the bank. She liked the idea but after talking it over she decided she would rather just walk away with a small amount and not have to deal with this home ever again. We listed the home on MLS and as expected had multiple offers from owner occupant buyers. In fact, we closed the home $5,000 over list price. As I had explained, her profit was minimal but she was happy to move on with her life and avoided a foreclosure in the process. While I did not contract this home as an investor or wholesaler, I did make a commission from the deal. I later found out other investors had made the typical investor offer, which was in line with what I had to purchase the property for if I had purchased it as an investor. Because the numbers were not there they dropped it or never followed up. I also discovered that other real estate agents told her she would need to sell significantly below market value due to the condition of the home, which would have caused her to bring cash to close. In fact, I received comments from other agents that I had listed the home too high. I was confident because I knew the market very well and had done multiple deals in the area. At the end she said she knew I made more than she did as a commission but was happy to pay for my market expertise and relieving her of her headache and looming foreclosure.

At the end of the day I was able to figure out the true obstacles the owners needed to solve as part of or in addition to the selling of the property and provided a solution. Go out there and become a master problem solver and as a byproduct you will create win-win situations. 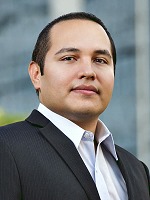