Mentors are for Millionaire Minds

Posted in The Profit March 2017 by Kimberlee Frank

When I first started in real estate, I spent over $250,000 flying all around the world attending boot camp after boot camp, learning all the different ways I could get involved in creatively buying, selling and holding real estate.  It seemed like it was always the same group of people flying around the world with me and taking the same training.  The only difference I noticed was that many of the people who had attended these trainings had never even made an offer on a property.  They never used the knowledge that they received and just kept on going to more and more seminars.  And as we all do, we exchanged business cards with individuals we met at these meetings.  At that time it was my husband, step-son and I attending all of these trainings.  When I got home from many of the meetings, I would get telephone calls from individuals who still didn’t understand the process of the training they received.

What I learned from all of telephone calls and working with a husband and step-son, was that everyone learned a different way.  Some people could pick up a book or listen to a CD and just do it, and let the chips fall where they may.  Other individuals were visual learners and if they didn’t go to the boot camps and physically see the teacher teach, they were just frozen.  A 3rd group of individuals had to totally understand everything from the beginning to the very end, before they would even take action.  Of course, there are also the social butterflies in the group that would do anything, but without having a teacher telling them to do it, they just froze up.  Bottom line, everyone has a different personality and you can always take the DISC test to find out what type of person you are, which is especially helpful when you are working with a spouse, family member or other business partner.

My personality is a “D”… determined, demanding at times, risk taker and able to pick up a book or listen to a CD and immediately take action.  Now my husband and step-son were a “C” personality that needed to know how everything worked from the very beginning all the way to the end.  I was working as a legal secretary for 18 years doing 1,000’s of closings which included all the paperwork, so I already knew much of the documentation.  However, when my husband and I started, it was his idea that we do this together and he was working at Ford Motor Company and we had a two small children and my step-son who was 18 years old.  The first course was Carlton Sheets.  When we both tried to sit down and listen to the cassettes and read the book, there was always, and I mean always, a disruption or simply not enough time.  So, the Course just sat after we tried to work on it together as a team.  I was so mad that we spent the money on this “get rich” book and it was his idea and he just wouldn’t take the time to participate.  One day, I got a call from Carlton Sheets’ staff who asked me how we were coming along with the Book and Tapes and said that they were offering a Mentor Program that would help us work together and change our lives.  So … I decided without the consent of my husband, that I would pay for this service because I thought if I had someone else telling him to read the book and listen to the tapes, then for sure we would start doing real estate.  The cost was thousands and what I thought was going to get my husband going, instead got me going.  Buckle up!  It was then that I learned about the different personalities.  It didn’t make a difference to my husband if we had a Mentor that we talked to once a week or not, he still wasn’t going to read the book or listen to the tapes because he was a VISUAL learner and he needed to be taught in a boot camp atmosphere.

Honestly, I can say some very valuable information I got from the Mentor was just that I needed to take the time to read, listen and then TAKE ACTION, no matter what.  I learned from the Mentor that a Purchase Agreement had many “out” clauses so if I offered too much, I could always back out. Now the next problem came along, where do I get the money to buy the houses?  We became members of six Local Real Estate Investment Clubs that really helped to keep us motivated.  We would listen to the people who were doing the deals and my husband would say “they don’t look as bright as us, why can’t we do it?”  Well, I recognized why we couldn’t work well together because 1) he was scared, 2) he would never talk to sellers unless we were one on one and 3) he could talk the talk but not really walk the walk.  I truly believed that he had what it took, but he refused to learn the paperwork, which if he would have, he would have been great at it.

Our next problem was where do you find the money???  We started buying, fixing, retailing and holding.  I heard many of the speakers say “just flap your lips and the money would come.”  Well, believe it or not, I couldn’t find the money until I went to the Real Estate Investment Clubs and met Private/Hard Money Lenders.  Having great credit, I thought why don’t I just use my credit to get started even though many of the speakers said that you need to be creative.  This is one tip that will hit your credit score but got me $75,000 to help us to get going.  I started collecting all those credit card applications that said I was approved for $5,000, $10,000 etc. and then I pulled out my telephone book.  I called every bank and credit union in the phone book and called on every credit card application.  I did all of this specifically within a 24 hour period.  Whatever money or interest rate they said they would give me, I took it.  By the end of the day I had obtained $75,000 which was about our annual income at that time.  They asked me what was my income for that year and since we were starting real estate I knew we would make at least double what our income was at that time, so that was my income.  Now you might think I was crazy, at least my husband did, but it allowed us to buy houses cash, fix them up, sell them and immediately pay off the credit cards or lines of credit and profit and by the end of the year, my income was higher than I thought!  I ended up with 40 rentals and lots of rehab houses.

The moral of this story is that having my Mentor was key!  I can give them credit for my success.  I was so stubborn and refused to do the real estate on my own, as this was initially my ex-husband’s idea and he said we were going to do it “together” as a team!  But he was frozen in place and not doing any of the work.  My mentor encouraged me and showed me how to keep moving forward on my own to create a successful real estate empire, which I have done.  I have found that my Mentors have always given me back a thousand times worth my investment.  If you are struggling on anything in real estate, I highly recommend a Mentor, and in order to have a successful relationship with your Mentor, you must take action in your business and not be afraid.  The cost of a Mentor is pennies compared to the results of either succeeding or failing in real estate and/or in your relationship with your spouse/business partner.  Learn from others’ mistakes, it’s a small price for you to pay, considering the huge price they have paid to forge through the learning curves that you won’t have to experience.  You do not have to recreate the wheel!

I hope you enjoyed this article and for many husband and wife teams out there, I recommend preparing a “duties” chart and each person pick what they want to do in real estate and just accept it and not get mad.  Women can change and Men can change, but only if they choose to and choose to for their own reasons, not because their spouse wants them to change.  I recommend that you accept each other with each of your own unique qualities and then maximize the benefits accordingly.

Please keep sending me your questions and topics that you would like to hear about, so I can be sure to keep feeding you with the information that you need in order to move through 2017 with high success and help you bring your Real Estate Dreams to Life this year!  NO MORE DELAYS! 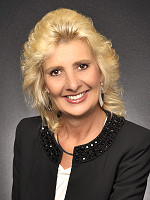 Kimberlee Frank is a Master Negotiator who has closed over 600 deals since 1998. She is a Mentor, Trainer, Author and Real Estate Broker teaching Investors and Realtors how to creatively purchase and sell short sales with her Step-by-Step System. She has helped Investors and Realtors earn hundreds of thousands of dollars.