Posted in The Profit October 2017 by Don DeRosa

"Negotiating is not something to be avoided or feared – it’s an everyday part of life." ~ Leigh Steinberg

What does the term ‘negotiate’ conjure up in your mind?

Do you get sweaty palms and a dry throat just thinking about negotiating with a homeowner?

I hope not! But if you do, rest easy, because it’s really not difficult, if you keep a few things in mind.

A good negotiator finds out what the other party needs and figures out if he can meet those needs and still get what he wants out of the deal.  A simple example is when my 10 year old son asks if he can stay up an extra 30 minutes to watch the hockey game on TV.  I tell him that if he puts his toys away, changes into his pajamas and brushes his teeth, he can stay up.  He gets what he wants and I get what I want – a clean room and a lower dentist bill.

As a successful real estate investor, your job is to figure out how to meet the needs of a buyer or seller and make a profit for yourself.  Sometimes the numbers just don’t appear to work.  So you have to orient your thinking to not following the rules to come up with ways to make the deal work for both of you.  It’s trite, but you really do have to “think outside the box.”

As an example of creative thinking let me tell you a true story.

My two older sons were about 11 and 12 years old (they’re 24 and 26 now). My wife and I loved to have ‘game night’ and pull out Monopoly, or another board game. (We haven’t done that in a long time! Talk about great family memories!)

I only had 2 properties, Boardwalk and Park Place. And I had hotels on them. But I was getting slaughtered, as I kept going around the board, paying rents and taxes.

Finally, my son landed on Boardwalk. Hehe. Hand it over, dude.

And lo and behold, next time around the board, he landed on Boardwalk again.  Cha-ching!

Now, I didn’t want to wipe him out – it’s always more fun to have everyone play. And he still wanted to play. So I said, “Instead of paying me, how about I take your next five turns and you just give me those 3 properties.” He was great with that idea.

So I picked up the box top (where the rules used to be written ages ago), handed them to her and said, “Show me where it says you can’t do that.”

And she looked over all the rules, threw down the box top and said, “It doesn’t say it, but you can’t do that.”

My attitude is – if it doesn’t say I can’t, then I can.  (This was quite literally thinking outside the box!)

Well, needless to say, Monopoly took on a whole new life after that.

So – next time you’re playing Monopoly or another game, think about how you can mix it up to add negotiating to the mix.  Develop those skills and creative thinking in a non-threatening environment.  Go to a garage sale and offer something you have for something they have, instead of paying cash.

If you constantly think of ways to practice creative deal making, it will carry over to your real estate. I guarantee it. 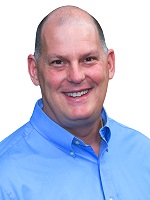 Don DeRosa is recognized as one of the nation’s top 21 real estate investors in the New York Times bestseller "The Millionaire Real Estate Investor".  Don, who is a full-time investor, trainer, and mentor, is the first to offer his complete investing system on a mobile platform. Don teaches investors how to Make More and Work Less by being more efficient, productive and competitive, leveraging mobile technology and apps on the iPad, iPhone, Android and other mobile devices.