Posted in The Profit September 2017 by Russ Hiner

In February 2017, I wrote about beginner’s rules and the first presentation a person could do when looking to raise capital.  I talked about the mistakes that I made early on. I just changed the names to protect the innocent, me.

I want you to think about being able to raise private money from local sources, business people, retirees, and people who have money sitting in banks or accounts that are barely earning them a .01% rate of return.  If you are one of those people then we need to talk.

So, picture yourself walking up to people and building a relationship. Is this scary? Is this awkward? Is this a cake walk?

So, let me tell you about Bill, a person who did not have any experience in raising money but was able to do it effectively and build up $500,000 in the first year.   He did not have much experience in real estate. He did have a team of people who did have the expertise and could guide him along the path of investing in real estate.  He leveraged the success of other people on his team to prove to an investor, he could get 8-9% rates of return. He had an ability of talking to people, making them feel valued and building trust. Of course, he was not born with the gift of gab. Matter of fact he didn’t like to be out front with people and be the first to talk or reach out.

So, Bill started by practicing his conversations in the mirror and got prepared for the day when a person would ask him what type of work he did. He did learn to reach out to others for a conversation. He got training online (check out www.conversationstackfinal.mov).   About six months into his dedicated work of raising capital from private sources, he was at a line of copiers at Staples making copies, when he saw a woman in front of him who was coping several investment statements from various companies like Vanguard, Fidelity, Magellan, and American Century Investments.

He started the conversation with “Pardon me, but I noticed that you have a number of investments like me and I just want to hear your ideas on the type of investments you think will be profitable in the next year?”   The conversation quickly took a turn for the worst. She said she had a broker who makes all of those decisions. She does what the broker says. She makes a little money. He asked what the suggestions the broker had given her were.  She said the broker handled all of that. Bill asked if she had any concerns with giving total control to her broker.  She said she did not have any and that she needed to finish making her copies. That was the end of the conversation.

Bill thought about this conversation and how he could improve on the infinite number of opportunities he has to earn the trust of other people and help them invest their funds. He was disappointed but realized the majority of people don’t even open their statements to get the bad news. The bad news is their brokers are charging them high fees (3-6%) while earning 11% rates of returns. That means the broker and you are 50-50 partners in the deal and the broker has no skin in the game. He also learned that the majority of people don’t want to think about their finances, they just want their nest egg to grow. He learned people don’t have a plan, they hand the decisions over to someone else. There had to be an easier way to raise capital than talking to total strangers in a Staples.

After talking to his mentor, Bill learned the best place to start is through your warm leads. Warm leads are the people you already know.  Start making phone calls asking your friends and family “what type of investments are they doing?” The approach was to first listen, build trust, before he worked the conversation around to what he was doing and the team of people he was working with. Then explaining what type of return they could expect on investing in real estate.

So, let’s recap the story to find out how to raise capital quickly from outside sources and build your real estate investing machines.

If you have no experience in real estate then build a team of experts who can support you. You will leverage those relationships to get proof that there are good rates of return in buying, fixing and renting houses. Also, there is good money in buying, fixing and selling houses. If you have real estate experience them you can build off of your own successes and stories.

Step out of your comfort zone. Yes, raising money is just like real estate, it is relationship building.  It takes people to make the business work. By learning the "conversation stack” you will become “the most interesting person at the party”.

The last thing mentioned was to call the people in your phone right now to find the people who are your warm leads and start the conversation stack to hear what they are doing for their future.

I am always looking for money if your saving/ retirement is earning you bank rates or the S&P average we need to talk! 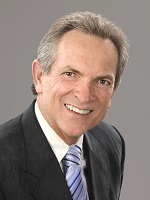